Loadsa new deacons this year, coming up to ordination this weekend!  Praise God and pray for them.

Abi is second from left with her little daughter Lily

Abi Davison is being ordained as a distinctive deacon this Sunday in York Minster.  Here’s a snippet of her story:

Abigail Davison will continue to work as a health care assistant at York Hospital while serving as a self-supporting curate in York Minster. Abi felt a strong and clear calling to be a Deacon, a ministry of service which looks to cross boundaries and uncover where Christ is at work, particularly in the ‘forgotten corners’ of the world, and she trained for ordination with St Hild College. She is married to Chris and they have a two year old daughter. “I’m looking forward to getting to know the Minster family and exploring what a distinctly Diaconal role could look like in this unique setting,” she says.

She and her colleagues  enter their pre-ordination retreat tomorrow.

With comments from their diocesan websites, here come more!

Cheryl Belding (St Edmundsbury and Ipswich, the only DD there):  The benefice of Newmarket St Mary with Exning St Agnes.  Wonderfully, the website states clearly:  TO BE ORDAINED DISTINCTIVE DEACON BY THE BISHOP OF ST EDMUNDSBURY & IPSWICH AT ST EDMUNDSBURY CATHEDRAL 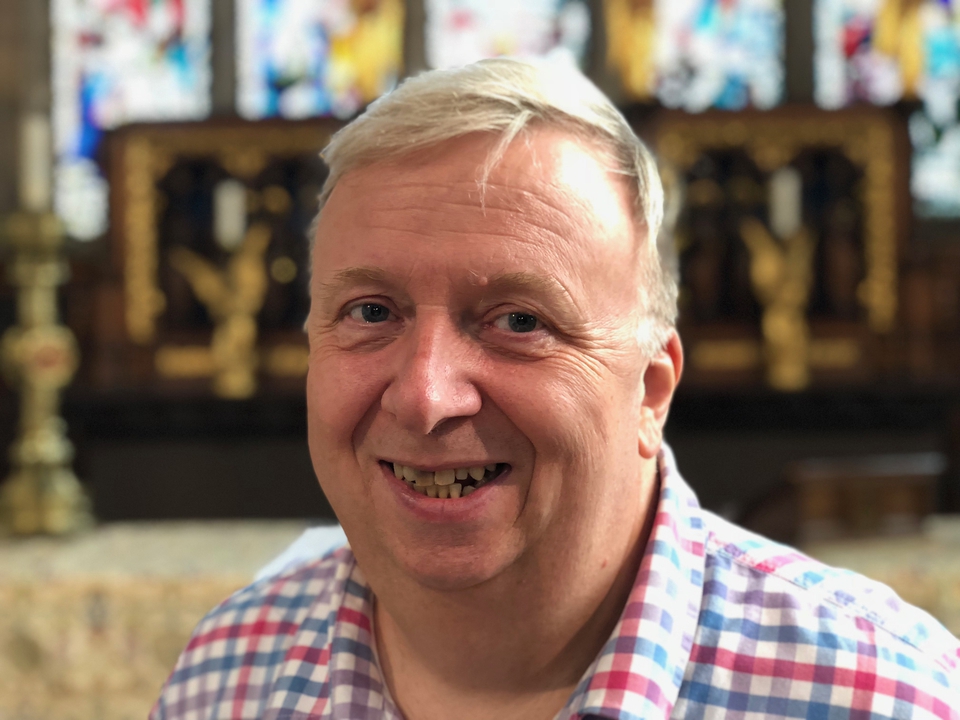 “Born and baptised in North London, and then attending a church school in Sussex, as a child I was both a Chorister and Server in our Parish Church.

Many years passed and it took coming to live in north Wales, and hearing the open and inclusive preaching of the local Rector that helped me to re-open a door that had been closed for a long time, and re-engage with the love of God, which I had felt – but not understood – as a child.

Following a time of difficult realisation, my heart was somehow opened to the possibilities that God provides for us to show and receive love through Him. With the support of my clergy, Ministry Area and local church community, I began my journey towards ordination, firstly by beginning Reader training and subsequently, training for the Diaconate. It has been an astonishing, thrilling and surprising three years, full of doubts, uncertainties and fear. but somehow driven on – as it always had been – by something beyond my control: the Holy Spirit.

The task of a Distinctive Deacon is to walk alongside those in their community, particularly outside of church, between one Sunday and the next. It is only by showing love that we can bring others to the love of God.

I feel particularly honoured to be able to serve the people of Bro Eifionydd who have always been so welcoming. I hope that with the help of the Holy Spirit I will be able to fulfil my calling, one person or one task at a time, and keep my mind on him who came to show us and to save us.

I feel so lucky to have finally listened to the call. Someone recently asked me when I was called by God; I replied, “I think we are all called, all the time, it just depends when you are ready to hear and respond to that call, and I was finally ready.”

Sue was born in Basingstoke, Hampshire, and is married to Terry, originally from Kendal. They have four children. The couple moved back to Cumbria in 2003 and live in Farleton. Sue has worshipped at St Mary’s Kirkby Lonsdale for five years. Sue held administrative posts including working for British Airways’ Pension Fund, before retiring. She trained as a Church of England reader before deciding to apply for ordination as a Distinctive Deacon, a ministry with a focus ‘on the borders’ and to people who are outside church.

The following verse has had particular resonance for Sue, during her training for ordination: “…in quietness and trust is your strength…” (Isaiah 30:15)

Chris Sheehan (Worcester, the only DD there).

Chris is married to Carol and they have lived in Evesham since 2002. He was brought up in Worcester where his Mum still lives. Chris became a Christian at a Crusaders summer camp in his teens, but it wasn’t until he became a Street Pastor that he began taking his vocation seriously.He will combine his ministry with his career offering coaching for technology businesses who are launching new innovations in healthcare. He said:

“I’ve always felt called to focus my ministry outside the body of the Church, supporting those in the marginal, difficult places who often don’t have a voice. Jesus’ charge to ‘feed my sheep’ has always resonated with me.I completed a pioneer ministry diploma at Cuddesdon College and will be ordained as a ‘permanent deacon’ working with people in the local community.

“My paid role is about trying to get business owners to be the best they can be and realising their potential without telling them what to do. It involves listening and asking questions sensitively, skills which I know are going to be very useful as a minister. I’m not starting with an agenda, but am looking forward to seeing where God is already at work in the benefice and joining in, trying to understand where Christ is and where I can make a difference.”

David Bean (Southwell).  DAVID BEAN – David trained for ministry at the Lincoln School of Theology and works for Trinity Hospital, a Christian almshouse charity in Retford. David has been married to Margaret for 25 years; they have no children but live with an aged cat called Fred. He will be serving his title as a Distinctive Deacon with The Revd Sue Caddy within All Hallows, Ordsall with St Michael’s & All Angels, West Retford, and Retford town centre mission. 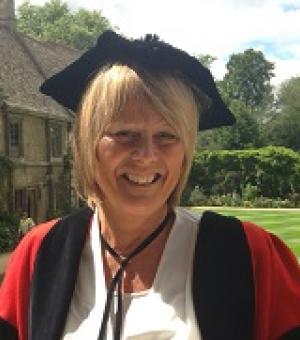 And from the diocese of Leeds, Tony and Carol:

Tony Cantlow will serve as Assistant Curate (Distinctive Deacon) in the parish of Christ Church, Skipton with St Mary’s, Carleton in Craven. After obtaining a Foundation degree in theology and ministry with York St John University, he will complete his training for ordination at St Hild College, Mirfield, where he is reading for a graduate diploma in theology, ministry and mission. For many years Tony served as a communications officer with North Yorkshire Police and prior to ordination served as verger of Bolton Priory. As a self-supporting minister he will also continue his secular employment as warden of a group of local alms-houses. Prior to becoming a Christian, Tony followed a path of contemporary Celtic spirituality which focused on a love and protection of the natural world, something which remains very close to Tony’s heart. He is interested in walking, reading, photography and socialising with his atheist, pagan and Christian friends! 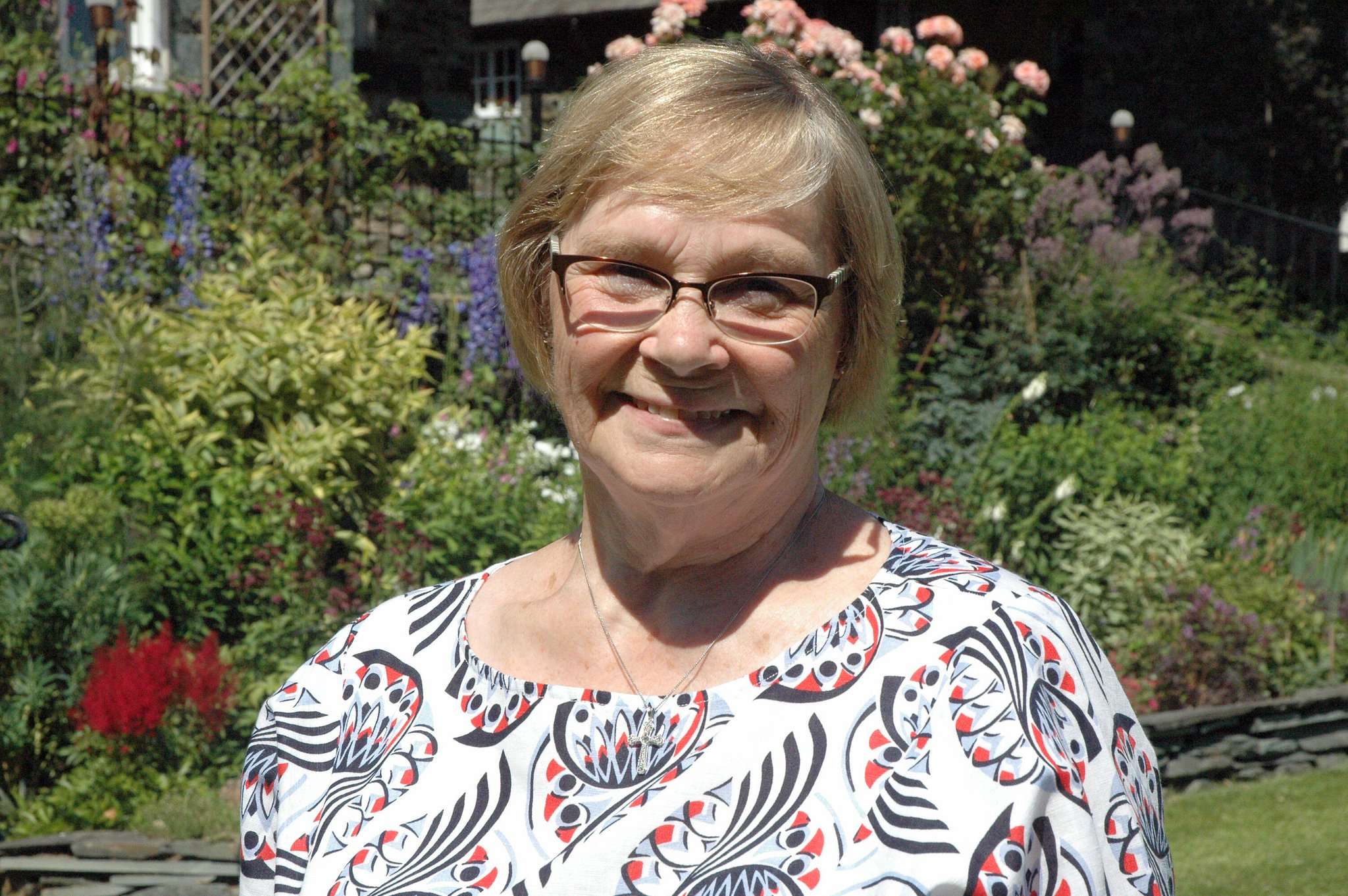 I’m 54 years old. Married to Kevin, who isn’t a Christian but is very supportive of my ministry. We have 2 adult sons, Ian and Simon.
I became a Christian aged 10 after going to church with my stepdad. Was Baptised aged 10 and Confirmed about 18 years old.
I have worked as a Teaching Assistant at the local primary school for 19 years, in many different guises, from whole class support to supporting single children on a 1 : 1 basis.
Prior to marrying I worked as a Nursing Auxiliary for several years, mostly night duty. I loved it, good experience towards becoming a Deacon!
After marrying I worked as a Care Assistant in various care homes, again brilliant experience.
I have had breast cancer twice, eventually having a double mastectomy in 2013. I began my training towards ordination back in 2008 and for various reasons had to back out and rejoin.
Now just looking forward to ordination and ministry afterwards.

Distinctive deacons popping up all over the country!  Praise God and carry them in your prayers.

Some of us who are longer in the tooth are also rejoicing.  Deacon David Rogers (Exeter) is celebrating his silver jubilee this weekend, while fellow-deacon Gill Kimber reaches 27 years and reckons being a deacon is more amazing and satisfying than ever.

Part of the Bishop’s prayer at the ordination of deacons:

Through your Spirit, heavenly Father,

give these your servants grace and power to fulfil their ministry.

Make them faithful to serve

and constant in advancing your gospel in the world.

May they follow the example of Jesus Christ your Son,

who washed the feet of his disciples,

and set the needs of others before his own.

May their life be disciplined and holy,

their words declare your love

and their actions reveal your glory,

and be made ready for the coming of our Lord Jesus Christ;

to whom, with you and your Holy Spirit,

belong glory and honour, worship and praise, now and for ever.